Can We Bake That 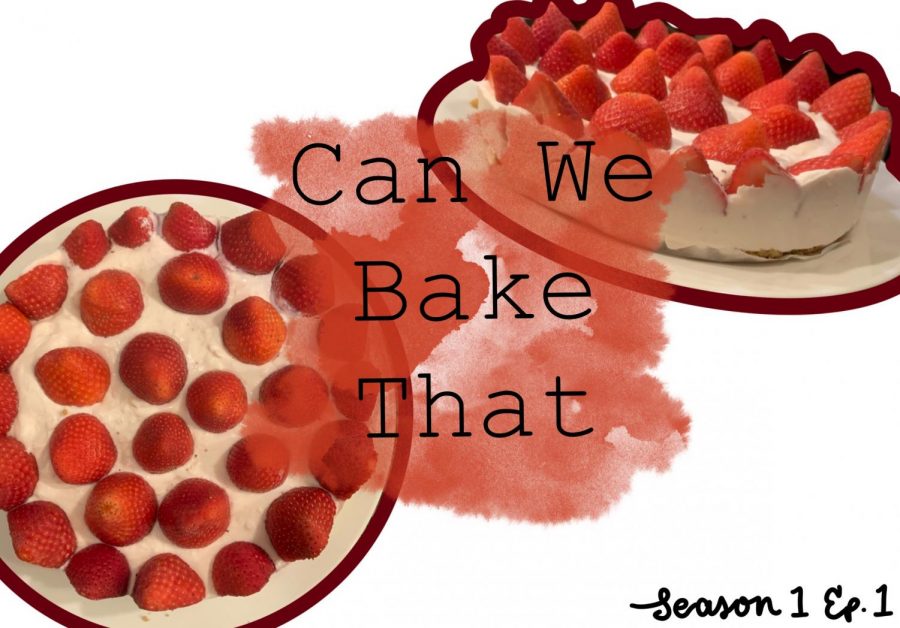 Welcome too¨ Can We Bake That!¨ We have started a new series where we find a cool food trend on the internet and try to bake it! We will be doing something fun every month! This month, we attempted to make a strawberry-jello no-bake cheesecake. It was super challenging, and we ended up struggling a lot. In the end, we made it out alive. First, we had to start out making the graham-cracker, which was very difficult, but we got through it. We then made the cheesecake base, and the strawberry puree. The strawberry puree did not go well because we added too much water, but we still added it to the base. We then put the base on the crust and hoped for the best. We cut up our strawberries, then added them to the top of the cheesecake. We decided to not add the jello because it would have ruined the whole cake. The base was already not stable enough, and the jello wouldn’t have held up. We had a huge argument over this, and a couple of panic attacks. We were fine though. The next day, we brought it to school and had the class try it. The cheesecake ended up tasting like yogurt, it was still really tasty. In the end, we can bake it!